Minehead is a bustling seaside resort.  It is located on a wide sweeping bay in the shelter of Exmoor’s hills.

The centre of the town is only a short walk from the caravan and camping park.

Being the largest town in West Somerset, Minehead offers something for everyone come rain or shine.  It boasts a wide tree lined avenue leading to a promenade, a picturesque harbour and a magnificant sandy beach.

Paddle steamers arrive and fishing trips regularly sail from the harbour.  Minehead has a wide-range of shops, pubs, restaurants and open-air cafes.  There is a theatre, a cinema and an 18-hole golf course.  The sea-front offers family attractions and a large amusement park (Butlins).

Within Minehead there are quieter areas to explore especially the harbour, the higher town with its quaint thatched cottages and 14th century church and Blenheim Gardens where weekend open-air band concerts are still held.

Minehead is an ideal centre for walking. The South West Coastal Path starts in Minehead.

Minehead is the home to the West Somerset Railway, a twenty mile steam railway that makes its way along the glorious Somerset countryside between Bishops Lydeard (near Taunton) and Minehead. 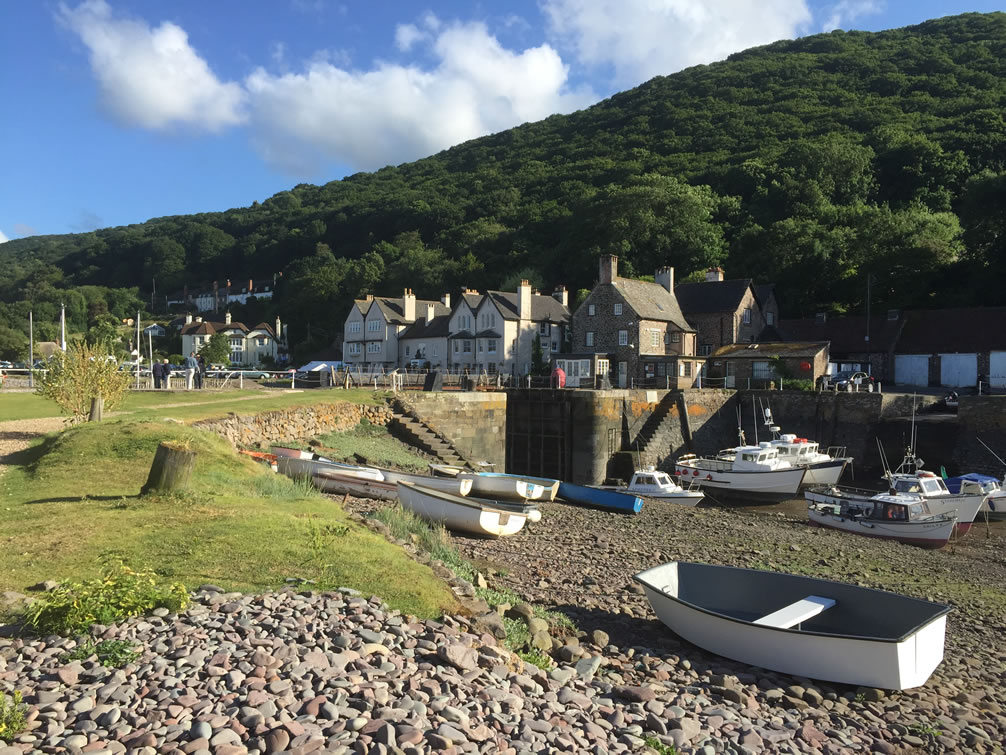 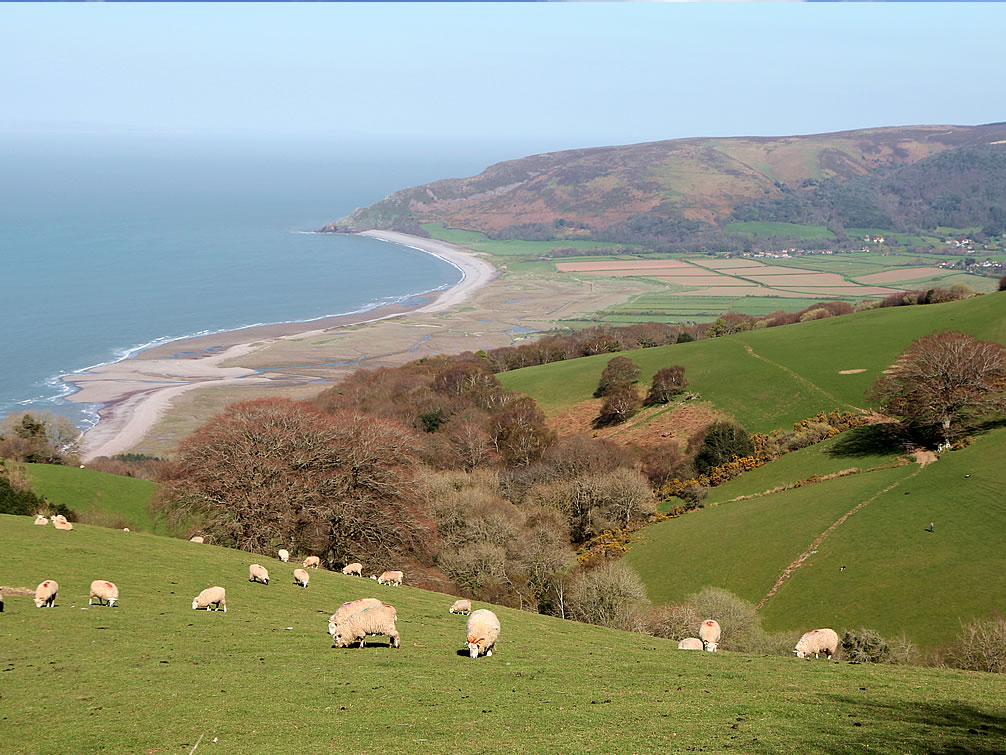 Exmoor combines stunning wild moorland with an awe inspiring rugged coastline.  Exmoor is home to a wild population of red deer and to the rare wild Exmoor Pony.  Its ancient wooded coombes, steep valleys, clear rivers and open moors are shared by foxes, badgers, birds and rare butterflies.  Its rivers and lakes are filled with Salmon, Rainbow and Brown Trout.  The unspoilt beauty can be easily explored on horseback or on an ‘Exmoor Safari’.

The spectacular beauty of the land surrounding the caravan and camping park is protected by the National Trust and the Crown Estate, who manage the land for the enjoyment of visitors to the area.

The villages of Selworthy, Bossington, Allerford, Horner and Luccombe (each with their own special character) lie only a few miles away in the Vale of Porlock.  A cream tea taken on the village green at Selworthy, among the chocoltae-box thatched cottages, is not to be missed.

Porlock, with its old world charm, lies in the shadow of Porlock Hill.  The lovely harbour at Porlock Weir lies only a short distance away.  Porlock Weir is the perfect place to enjoy a quiet drink and to watch the sun set.

The spectacular Dunster Castle sits on a hill overlooking the medieval village of Dunster.  History abounds in Dunster.  The village boasts a 16th century Nunnery, Tithe Barn, Pack Horse Bridge and Dovecote – each with a story to tell.  Below the castle by the banks of the River Avill is the working 17th century Water Mill.  The high street with its quality gift shops, galleries, inns, restaurants, Doll’s Museum and cobbled pavements is dominated by the 17th Century Yarn Market from where cloth was once sold.

The small harbour town of Watchet was once a flourishing port,  It is steeped in maritime history.  The poet Samuel Taylor Coleridge wrote the Rime of the Ancient Mariner whilst living nearby.  Tropiquaria, an animal and adventure park, is located on the outskirts of the town.

Futher to the west is Lynmouth.  Known as the ‘little Switzerland of England’ it is linked to the neighbouring town of Lynton by a unique water powdered cliff railway.

The Doone Valley lies in the heart of Exmoor.  Immortalised in R.D. Backmore’s romantic Victorian novel Lorna Doone, legend states that the Doone Valley was roamed by the notorious Donne family who terrorised the area.